"The Unknown Yavorsky": Fragment of the Book. First Publication 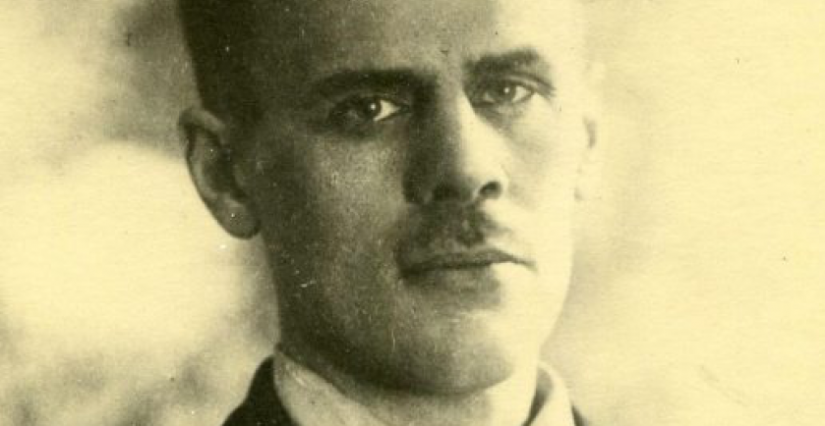 KOMPOZITOR Publishing House releases a unique bilingual book in which the fundamental work of Boleslav Yavorsky "The Design of Musical Speech," which has not been reprinted since 1908, is supplemented by many of his manuscripts published for the first time, and scientific commentary by Ildar Khannanov. The book will go on sale November 21, 2022. With the permission of the publisher, we publish a fragment of the new edition.

Musical speech, one of the parts of sounding speech, gets its material (content) and the laws from the same human life, the manifestation of which it is.

The material (the parts it is comprised of, or the elements), from which the musical speech is created, is the sound and time.

The essence of sound, as it concerns its composition and the relationship of sounds among each other, is not yet been studied. The research is limited to both the content of a single sound that is produced by a dead body (the string, sound fork, etc.) and to the building of rows of sounds based upon mathematical calculation, but not on the grounds of relationships and interactions of the living sounds, produced by the living organisms.

The sound makes diverse impressions depending on the conditions of its making.

The first impression that the sound makes is the height of sound, its color (timbre) and the kind of sound itself—its vocality (sounding on a certain vowel, which can be preceded and followed by the consonant sound), or non-vocality.

The second impression it makes is the power of sound, dynamics, from Greek δύναμις—power), the methods of its reproduction (legato—stepwise and seamless reproduction and disappearance of a single sound, non legato—certain punctilious in the momentum beginning and the end of sound, and staccato—impetus-based beginning and the end of the sound) and the holding of the sound (even, interrupted, diminuendo, crescendo, subito (p.f)).

Musical speech is not a monument to the lived life; it is the manifestation of life itself—life as it unfolds and dwells in time. Thus, time is the necessary condition for its existence and as such it presents the second vital component of musical speech.

The laws that distribute sounds in time are the laws of relationships. Relationships are the result of the comparison of homogeneous values.

A) direct (simple)—periodicity—sequence of events or relationships:

B) reverse—symmetry—relationship of events in order, in which the outer corresponds with the outer and the middle with the middle:

Any symmetry with its inverse comprises a self-defining form.

Symmetric parts do not necessarily have to touch each other; the symmetry can occur at a distance.

Cases of joining of periodicity and symmetry:

≷} one value is larger or smaller on a value.

1) larger or smaller of the other, twice, thrice, four times, etc., or

Dependence of the parts from the whole, of the causes from the effects.

Relationship of the causes to the effect, equality of counteraction to the action.

If in a geometric proportion the middle members are equal (middle-proportional to each other), the proportion is called uninterrupted (continuous). An inverse proportion is the reversal of the given. The given proportion with its inverse comprises a self- defining form.

A progression is a row of values (relationships), the inequality of increasing or decreasing of, according to a prescribed principle, relationships, in which each following is derived from the previous:

2) by means of multiplying on one and the same quantity (the denominators of progression) (the latter created a geometric progression).

An inverse progression is the reversal of a given progression, so that the decreasing progression becomes increasing, and vice versa.

The sum of the members of the arithmetic progression, equidistant from its beginning and its end, is the constant value, equal to the sum of its first and its last members.

The sum of the members of the arithmetic progression equals the sum of the outer members, multiplied by the half of the number of its members.

The sum of the infinitely decreasing progression equals the first member, divided by one without the denominator.

The row1 of values, created according to certain law or principle, is called, in general, the row. The rows may be comprised of identical elements: a a, or different ones: a b c d.

The selection of certain number of elements and their comparison in known order can be of three kinds: placement, exchange of places and combinations.2

Placement is the connection of the elements from the certain number of values in certain order.

The number of placements from m elements of the values of elements by n equals the multiple n of the consecutive decreasing numbers, beginning with m.

The exchange is the connection from all given elements in certain order. For example, the replacement of three values a, b, and c will be: abc, acb, bac, cab, cba.

The number of replacements of m elements equals the multiple m of the first numbers.

When some of the given values are equal to each other, this causes the exchange of places with repetitions. For example, aaab, aaba, abaa, baaa.

Combination is the connection from the certain number of elements, independent of the order of such elements. For example, the combination of the three elements, a, b, and c, in groups of two: ab, ac, bc.

Logical development3 is the application of the forces of intellect to the teleology (expediency) and the capacity to carry content (meaningfulness) of the design and content of musical speech.